Bodi is a short man with a face tanned by the sun and salt of the Sea of Dreams. He is dressed in practical clothing, and usually walks barefoot.

He carries at his side the two flame pieces, mementoes of by his previous captain.

A pirate for most of his adult life, he has been captured and put to slavery at least once before, managing to escape and to join another crew.

When their last boarding attempt failed miserably against the powerful sorceries of the circle, he accepted his fate at their hand, and was surprised to learn that he would not be sold into slavery, but asked to work for those he had just tried to attack. Today, he is working to shape his crew of former pirate into corsairs serving their commodore Beyaloa. 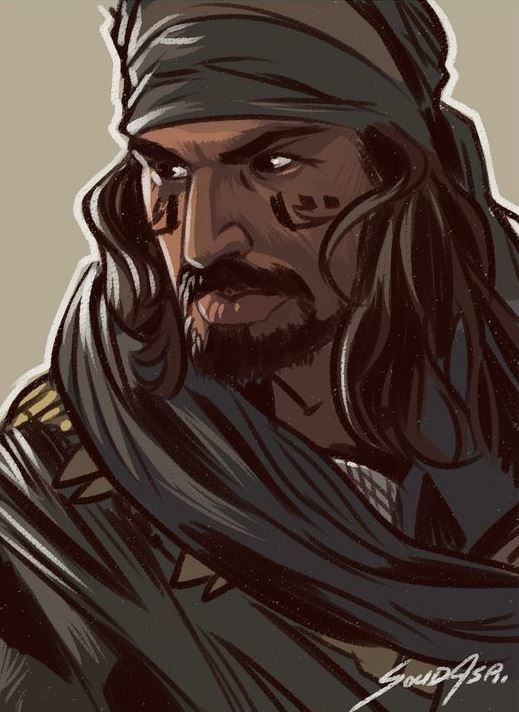