Mahel is a broad-shouldered woman in her forties, with heavy khol lines around her eyes, usually dressed in clothing worth a small fortune. She is witty and quick to anger, but seldom lets her emotions control her actions.

The third daughter of rich merchants, Mahel took her parent’s small fortune and built upon it throught clever deals and ruthlessness. Today, she is one of the richest persons of the whole region, and has her fingers in so many pies that she is unable to even remember how much she owns. A rector of the guild, she is well known for controlling the trade of tea, as the plant is not grown anywhere near Dir-Jal or the Twelve. 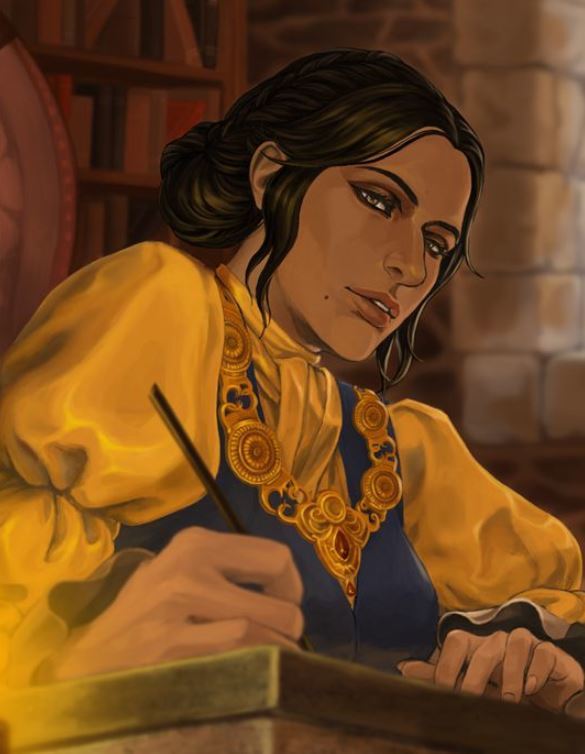