Tall and thinly built, Nash Draghma was easy to describe as austere despite his richly made robes and the precious rings circling his thin, bony fingers. He had a sharp face with a thin beard, and painted heavy khol lines around his calm, dark eyes.

As an Abyssal Exalts, he dressed in funerary robes and a broken death-masks from Ansibah.

Nash Draghma was the coinmaster of Dir-Jal, a banker and the main money-lender in the city-state. Most people did not realise that he also happens to be the only one paying Dir-Jal’s standing army, making him even more powerful than his status as the richest of the Guild merchant-prince would suggest.

Along with the normal army of Dir-Jal, Nash also has a force of trained Dream-Eaten slaves who have been trained to fight on pure muscle memory. This small army of masqued men is a powerful, if unimaginative, trump card in military situations.

Recently, the council voted for him to be excluded, and he locked himself in his palace, surrounded by his Dream-Eaten warriors, in order to plan his revenge. Dying of starvation, he gave his name to death to come back as a vengeful eldritch warrior, before getting killed by Pragatima. 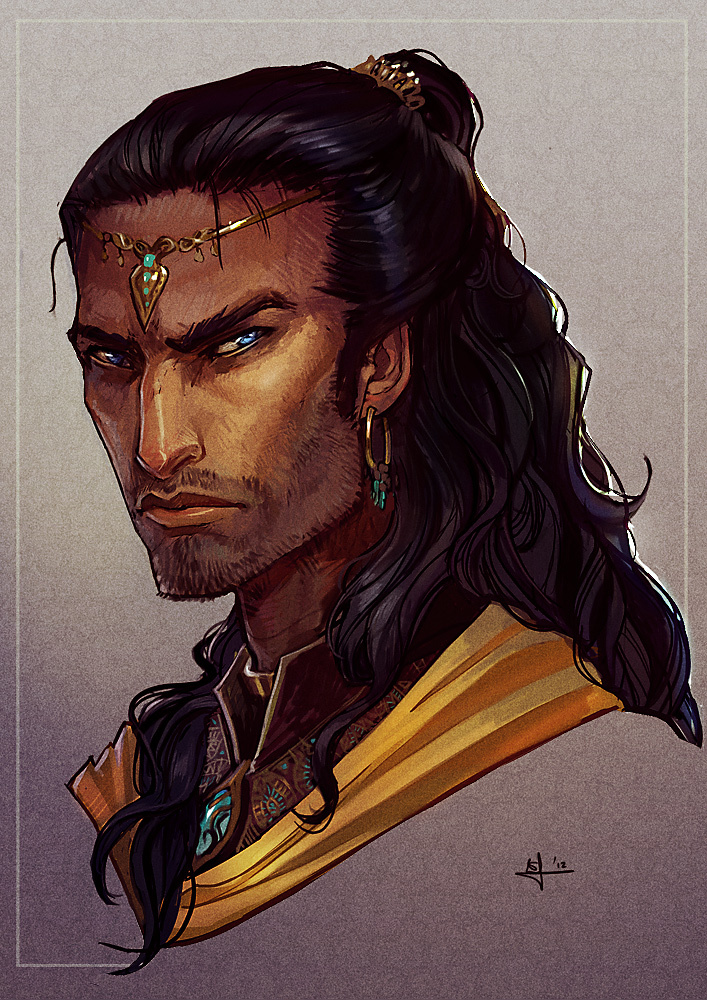