Bey of the Fiery Isles

Navayanan is an old man, his hands and face criss-crossed with varicose veins. He constantly trembles, even when lucid, and unbeknownst to even most of his advisers and heirs, he can no longer put on his turban on alone in the mornings.

When not under the spell of his illness, his eyes are still steely and able to send a chill down the spine of warriors half his age.

Navayanan has been the bey of the Fiery Isles for sixty-two years. He has always been loyal to the crown, and is known for his prowess as a captain and as a politician, leading his fleet to victory against the vessels of Ysir during the three-years war.

Over his years, he has had many wifes and lovers (some have even gone so far as to say he once had a trist with the goddess of the local hot springs). Today, his health is failing, and he is less and less able to rule, leaving his seven heirs and their mothers to conspire to be the next ruler of the Fiery Isles.

His family is deeply divided : Piliang and her daughter are faithful to the capital and the queen, while Yembe is more concerned about local matters, and Yono and her three sons are leaders amongst the separatist movement and eager to be free from the queen’s yoke. 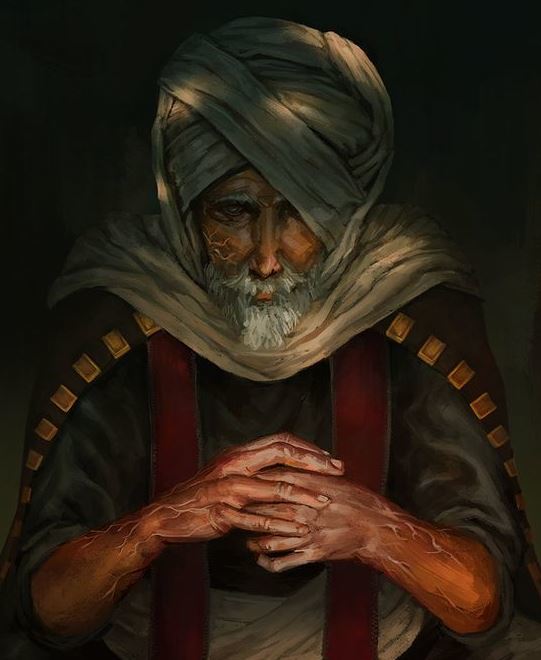