Ghostly patron of the Ojoeni

Ojoeni the Elder is a smiling shade of a man, witty and charming even in death. He still wears the robes and cloak of his living days, and relishes in being dramatic when talking to mortals.

But there is an edge behind the showmanship, one too often forgotten by those who are not part of his family, and he is nothing if not ready to use it for their good… and his own.

The founder of the Ojoeni, he was a sorcerer-pirate in life, a adventurer who stole his initiation from the vault of Ysir, wielding his silver tongue as deftly as his bronze blade.

In death, he is a patron to the Ojoeni, and particularily to Maruktika, being the one who initiated her in the ways of sorcery. He is influent in the local underworld, but has made powerful ennemies during his years, and relies on his family’s offering as much as they rely upon his advice. 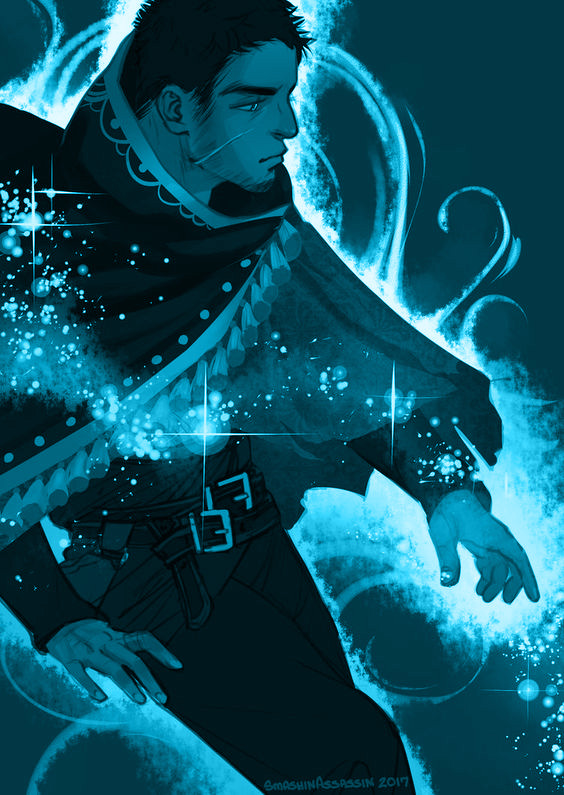