Ora of the Winged Feets

Ora is a young teenage boy, with fine features, long limbs and a terrible temper.

Ora was born a member of the Winged Feet tribe, near the southern frontier of the Prasadi frontier. When his tribe was conquered by the empire, he was taken as a slave, and served as a dancer for Burano Arjuna.

When the Prince of the Earth was killed, he took his chance and followed Sen to escape. Unruly and proud, he’s now learning how to be a cook in order to start a new life, but dreams of being a hero.

Ora of the Winged Feets 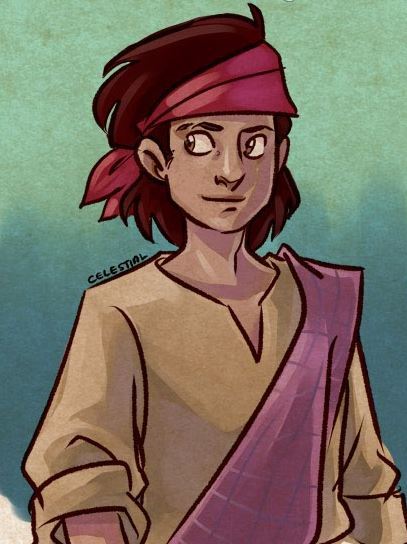