Rohim is a young physician, quite tall and thin, with short brown hair and green eyes. He is only twenty years old, but his patients quickly forget that detail when they discover his impressive knowledge, and his precise and skillful gestures. He often frowns, which makes him look serious. He doesn’t speak much about himself, but he never refuses conversation, he has good manners and he always seems to care sincerely about the other’s problems. All those traits make him very good at obtaining anyone’s trust, which is quite important for his job.

His anima is a great bird of white, smokeless fire.

Rohim lives in Dir-Jal. He rents a room that he uses as a medical office, but he lives in a different place, in another neighborhood. His office opened only a few months ago, so he doesn’t have enough patients to work full-time, but it is quite a good start: his clients are always satisfied and spread their enthusiasm in the neighborhood.

He is obviously respected and admired by the cultists of the Chained God, having saved their High Priestess‘s life more than once. He also has a history with Sën, and both of them appear to mistrust each other. He is a lady’s man without meaning too, often finding himself attracted to powerful young women.

He also is more than he appears to be, and at least one of his patient has called him Rufus before being quickly corrected, hinting at a mysterious past. 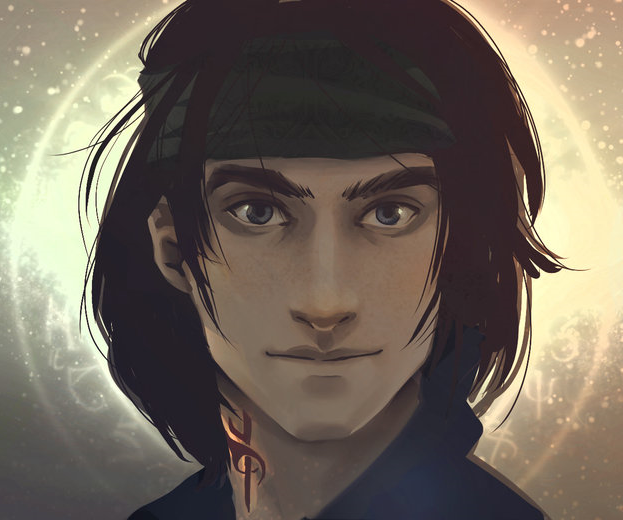