Queen of the Twelve Thrones of the Isles

Saramen is a dark-skinned woman, with obvious Hazan ancestry. She usually favors long robes and never wears any jewelry appart from her thin mother-of-pearl crown. While renowed for her beauty, she usually has shadown under her eyes from too many evening spent discussing the minutiae of policy.

The grandaugther of a Bey and a Hazan chief, Saramen spent her youth on the island territory of Bali’n, occasionnally travelling around the Kingdom of the Isles. Raised for command, she rarely saw the Hazan tribe of her ancestors, and soon became the Bey of Bali’n at her mother’s death.

During the last succession vote, she obtained the throne of Ansibah by being less hated than her other rivals, and has since worked day and night to keep the Twelve Thrones united under her rule. 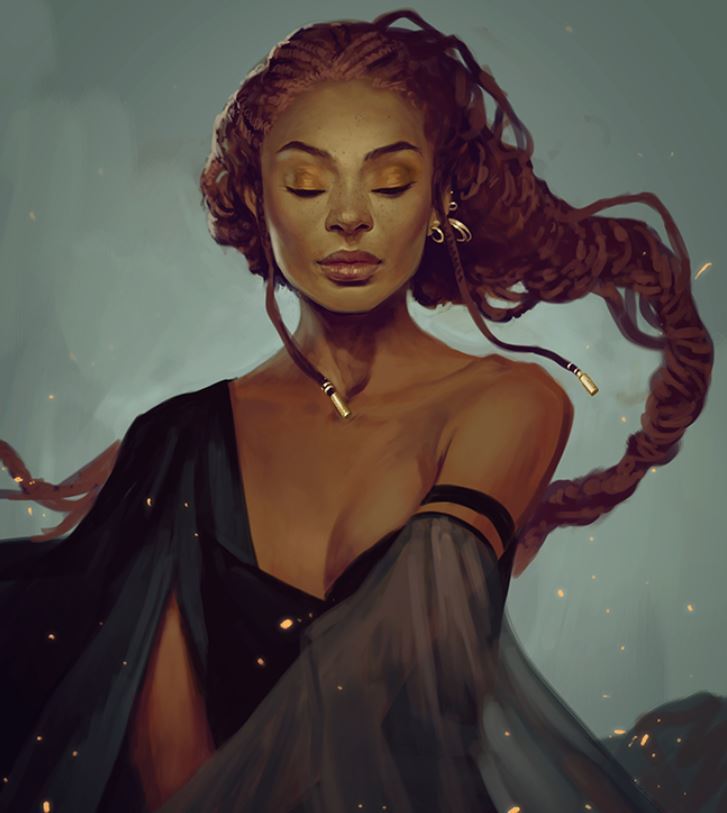