She Whose Name is Death

She Whose Name Is Death appears as a tall woman, shade-like and floating in the air. She has a disk of black metal floating above her shoulder and behind her hair like a dark sun.

A powerful shade from the Underworld, She Whose Name Is Death apparently wields power greater than some gods, able to grant a dark Exaltation to her choosen champions. Some have speculated that she might be a Deathlord, one of the divine ghosts ruling and squabling over the Underworld.

She apparently has links to Ysir, having said that she can be joined at the Temple of the Sun in the middle of the capital, and has a frightening influence over the local Underworld.

She Whose Name is Death 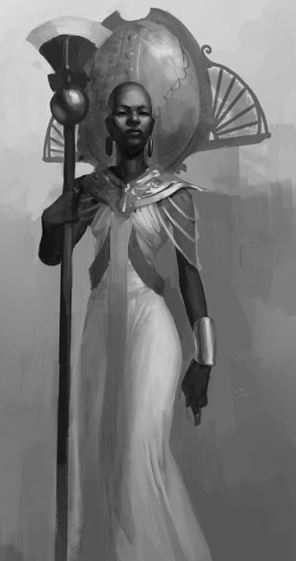