Siem is a young woman, a little more than twenty years old.

She has dark eyes and long, luxurious black hair falling from a unusually severe face. She usually wears a dozen stone bracelets, each carven out of a different semi-precious stone, and wears ocre travel robes.

Like many citizens of Dir-Jal, she usually has a scarf on her shoulder that she uses to block the smell when home.

Siem is a young, ambitious guild merchant, and has recently taken a seat on the ruling council of Dir-Jal with the help of Ysmir and the circle.

A driven and intelligent young woman, she started as an understudy for a Dir-Jal guild apothecary, and climbed up Guild hierarchy until she ended up leading her first caravan, a river-barge running from Dir-Jal to the Sea of Gold.

Her operations have made her an economic rival of Pree Asma, but her place on the council has secured her affairs for the time being. She has started to establish trade between Dir-Jal and local Hazan tribes. Unknown to most, she is obligated to support Ysmir in her votes if he asks her to. 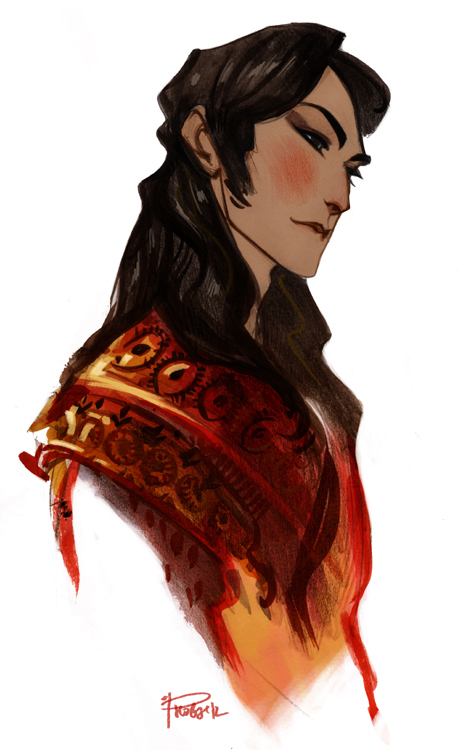