He is a man of few words, but likes to sing when not working.

Wulpa worked day-to-day as a docker in Dir-Jal, finding work in the docks or in the caravanserai of the city. He is respected for his rectitude and fairness by most of the workers who know him, but often got into scuffles with guild foremen when he felt that workers were mistreated.

Recently, he has been fired from his job after punching a foreman, and has refused the financial help of Pragatima. Unable to find proper work as a docker or anything else, he has been hired by Siem as a worker in the players’ expedition. 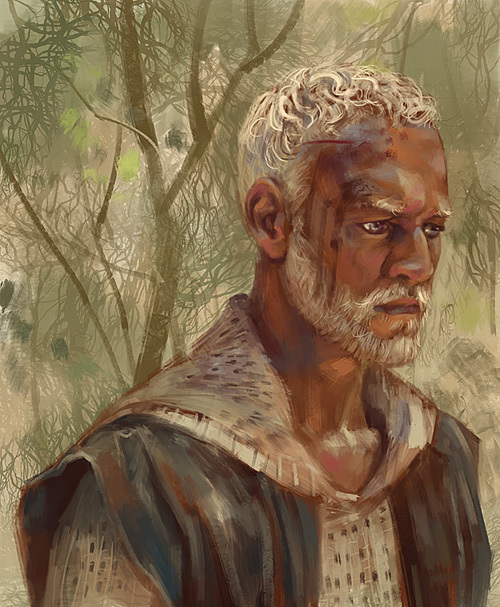