Ysmir is a plump man in his fifties, with a small grey beard and long hair held in an elaborate ponytail. He is usually seen wearing rich, colorful robes of precious cloth, and drinking from a mother-of-pearl teacup.

Charming and good-natured, he can talk for hours on a variety of subjects, seemingly oblivious to the social status of his audience.

Ysmir started as a landowner from the Pearly Coast, driven away from his home in during a succession crisis. He joined the Guild and rose steadily throught its ranks, ending up as one of the three merchant-princes of Dir-Jal.

In charge of the poppy fields surrounding the city, he is the only merchant capable of producing God-milk, from mixing opium with the bile of the Inashi. While selling this powerful medecine is indeed making Ysmir and his dependents rich, using the rare fertile grounds around the city for growing cash crops is significantly worsening the food shortage of Dir-Jal.

Since Ysmir is easily the most liked of the three merchant princes, this doesn’t yet appear to register as a problem for most people complaining about the price of food in the city.

A friend of Zao Khan, he funded many treasure-seeking and archeological expeditions.

Today, he has even more influence over the ruling council of Dir-Jal than most people know, having been instrumental in putting the last merchant-prince, Siem, on the council. 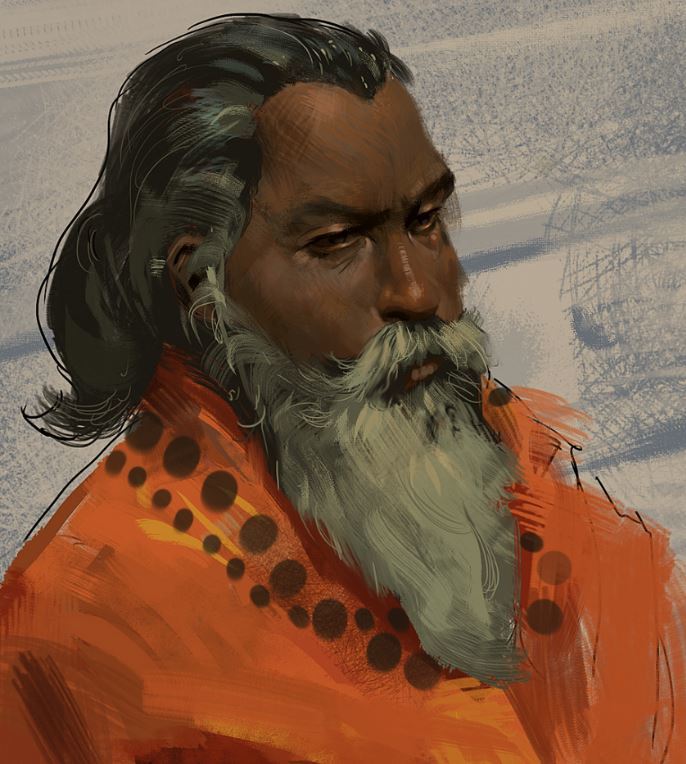