Geography of the Area

When the Inashi was chained 221 years ago, people at long last were able to settle permanently around the Sea of Gold without fear of the rampaging monster. The nomadic Hazan were pushed back inland toward the Earti Plains by the settlers, and the region was slowly divided between three main political powers :

The city of Dir-Jal in the Jalist Valley is the main economic power of the region. The city-state is built around the chained, undying Inashi.

The Kingdom of Ansibah is a confederation of twelve old pirate states united under a single banner, and the main economic rival of Dir-Jal.

The Pearly Coast is a loose alliance of villages and towns, protected by a powerful and mysterious sorcerer.

Or course, the coasts of the Dreaming Sea are home to many other empires and kingdoms. 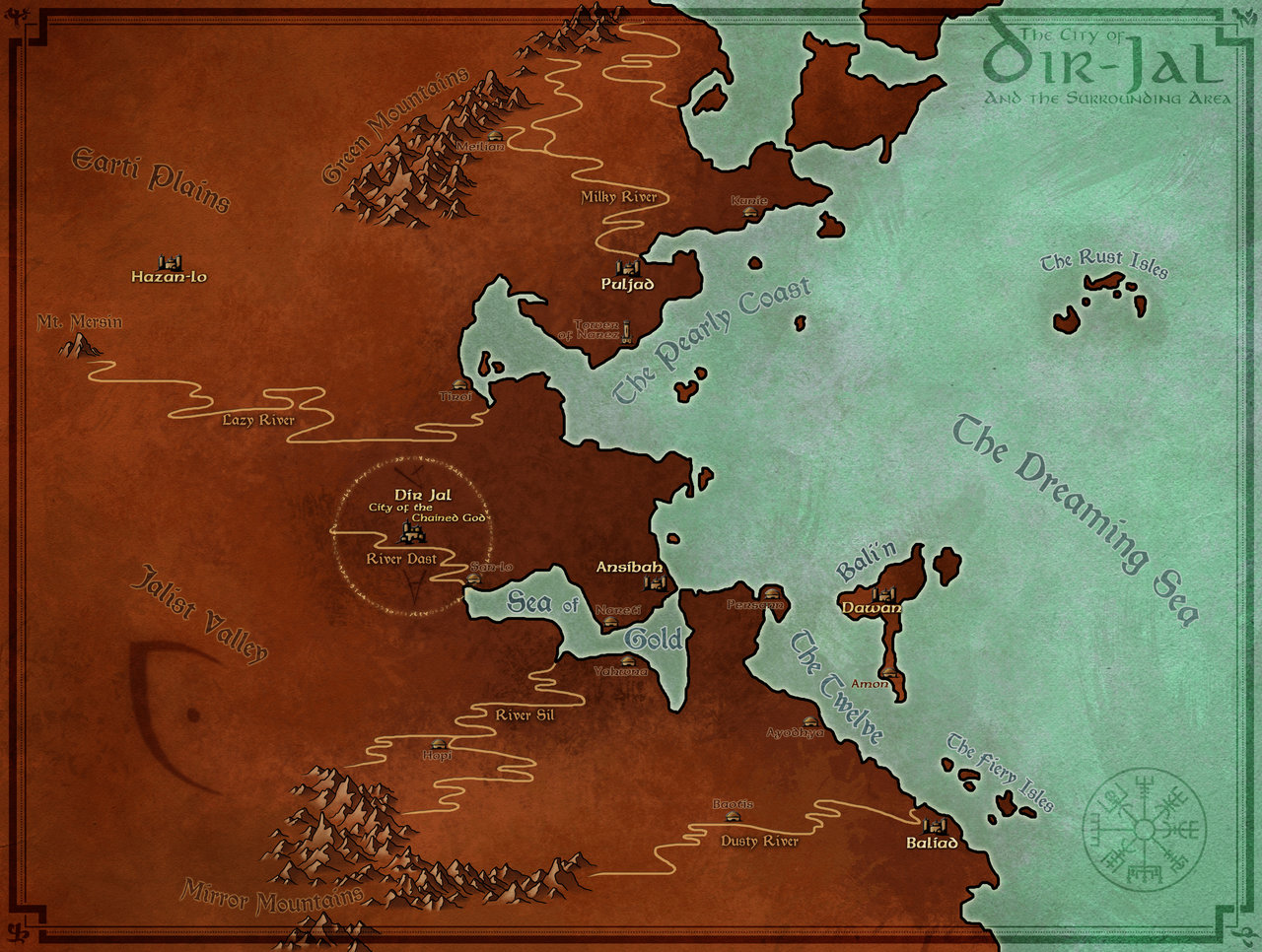 The region is mostly flat, with dry savanah covering the plains and shallow valleys. The Green Moutains in the north and the Mirror Moutains in the south are the greatest exception to this rule, their height capturing the cloud cover and giving birth to lush forests.

People of the Coast

The inhabitants of the area are diverse, both in appearance and in customs.

Being so close to the Wyld, the region surrounding the Sea of Gold abounds with supernatural strangeness. Some, like the Coral Stars, are considered common by the inhabitants, while others are fodder for many local myths. Small Shadowlands, remnants of the Inashi’s rampages, are found all over the coast and plains.

Beasts and other creatures

The region is home to a thriving ecosystem, especially in the savanah, where lions, antelopes, hienas and elephants share their territories with claw striders, ox-dragons or emperor sloths. Weirder or more wondrous beasts can be occasionnally be seen in the area, either natural or born of the twisted magic of the Wyld.

Geography of the Area