The Pearly Coast lies north of the Lazy River, in the shade of the Green Mountains. It is full of small, ferociously independent fishing villages, and suspicious hill tribes who rarely interact with outsiders.

The Pearly Coast is a fertile but unwelcoming region, and many are those who tried to seize part of it by force of arms in the past. Such is not an easy task: if the rainy weather, fierce locals and savage elementals are not enough, they can also often count on the help of Narez, a powerful sorcerer who considers the coast to be under its protection. 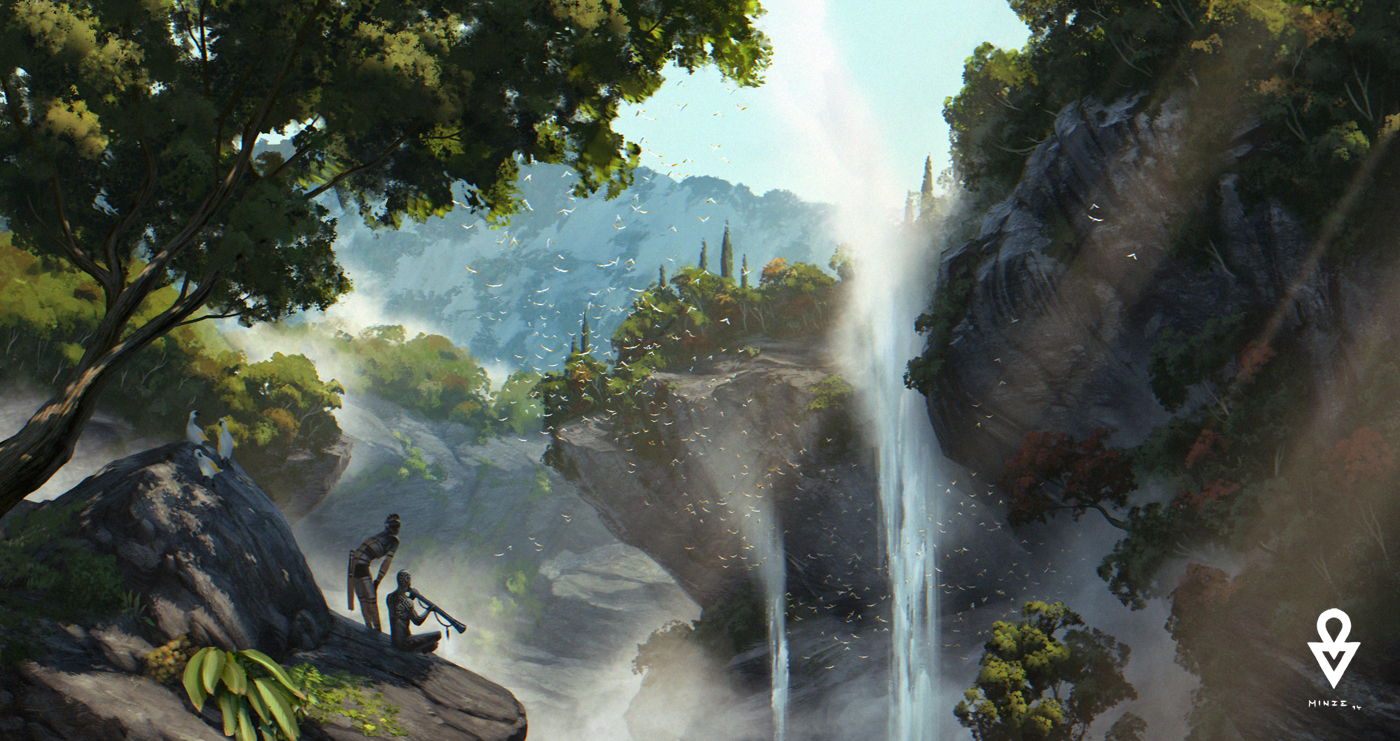 The main riches of the Pearly Coast come from the giant, rainbow-shelled oysters found in its sea. They produce the fist-sized pearls so priced by elementals, traded all around the Dreaming Sea. Some have even discovered how to coax the giant oyster to open, putting inside jewelry and other objects and taking them back a few days later, covered in a fine mother-of-pearl layer.

This industry is the main claim of fame of the only city-state of the Coast, Puljad. The city spreads over the delta of the Milky River, a great beast always threatening to sink in the loose soil. Hundreds of small boats leave every morning, spreading across the delta to fish, gather algae or care for the giant oysters that live in the bay, and many parts of the city are impossible to reach without an embarkation. Puljad is headed by a rector named Otis, who tries to bring his own brand of rigid law to the chaotic city, with little success.

Further inland, the small town of Meilian is known for its honey, and lies at the foot of cliffs covered in thousands upon thousands of beehives, where workers risk death every day to bring back a few pots of the precious nectar.

Off the coast of Puljad are the Rust Isles, an archipelago of islands named for their red beaches. Legend says that a god died in the sea nearby, and is rusting in the water, slowly degrading until nothing is left but red sand. Even though they are far out at sea, some scholars claim that the Rust Isles are part of the Pearly Coast, as evidenced by the fact that the same ancient brick road seems to snake on the Isles and south of Puljad, snaking past nonexistent hills and going over dry riverbeds before going straight under the sea, hinting at some ancient connexion.