The Sea People are the subjects of many stories along the shores of the Dreaming Sea, myth of frightfull mermaids and tall tales of undersea kingdoms that only children, credulous sailors or exentric scholars lend credence to.

But the People of the Sea are real, if rare and usually unwilling to mix with those living on the surface. They are the descendant of those who, in ages past, were willing to mix their blood with spirits, elementals or worse throught weird sorceries in order to become able to live under the surface of the Dreaming Sea, to settle lands impossible to conquer for humans. The Sea People are human-looking (if taller than normal men), with gills growing behind their large ears, webbed hands and feets, and skin colors going from light blue to deep grey. Some tribes no longer have legs and instead sport a long fish-like tail, but most of them can walk on land for short periods of time. 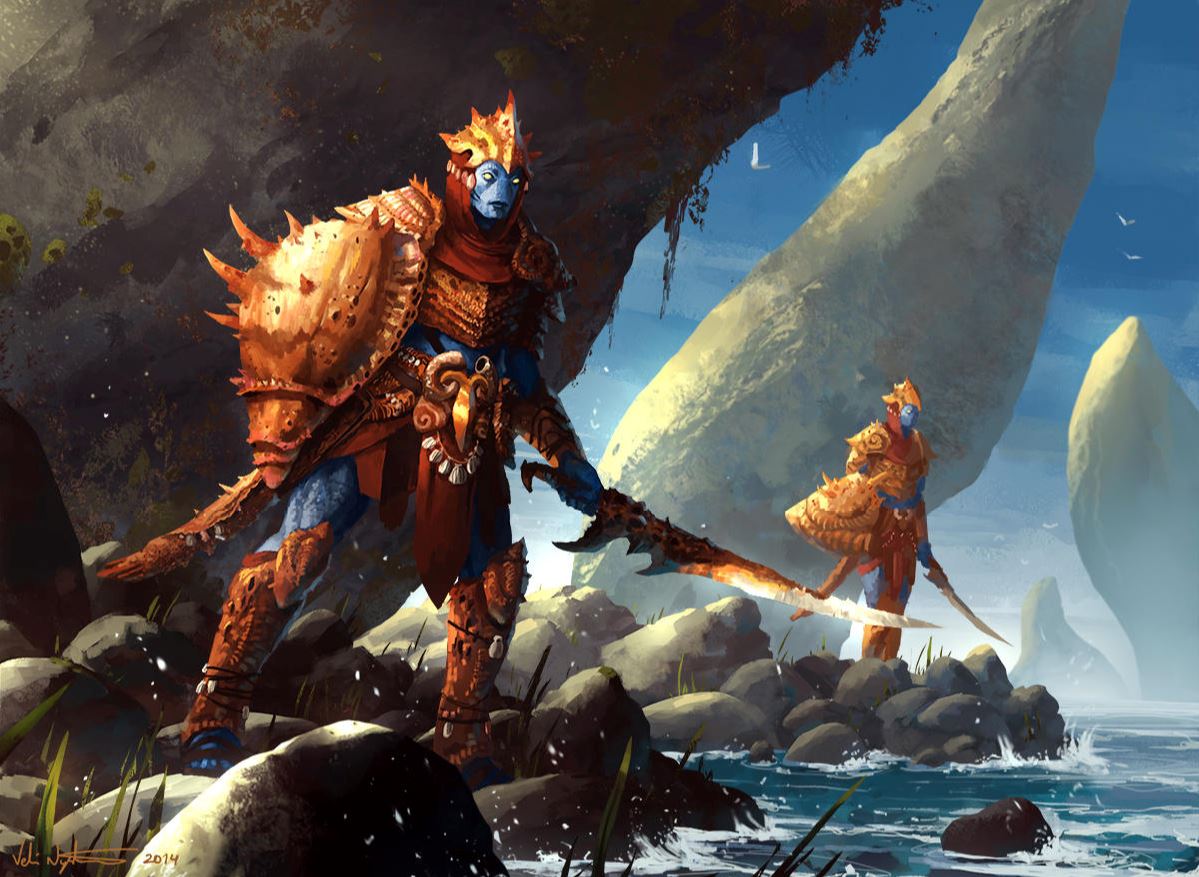 For generations, the Sea People have lived under the surface, their cities waging war and trading with one another much like their land-bound ancestors. Recently, however, a great general known as M’’ar’ai has unified the tribes under his rule through war and sorcery, forcing them to look outwards and upwards for a new ennemy.