Far from any shore, next to the center of the Sea of Gold, sits a white city, its highest towers piercing the surface of the water when the tide is low. Sailors tell stories warning of hubris, saying that the city was brought low by the gods when its inhabitants became too proud to pay hommage to them. 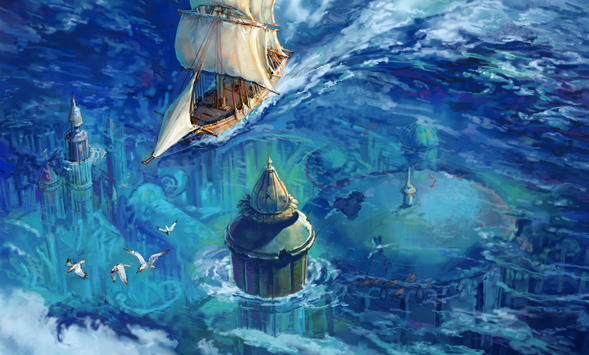 The reality is far different : while the underwater city exists, it was built in ages past by the People of the Sea to be their first metropolis, before they left to settle the rest of the Dreaming Sea.

Today, the Sunken City is abandonned after the conquest of the Unificator : those not reduced to slavery in the undewater empire forced to travel permanently to keep away from M’’ar’ai’s raiders.